WHEN YOU ARE STRANGE - TOM DICILLO - WWW.AMAZON.COM 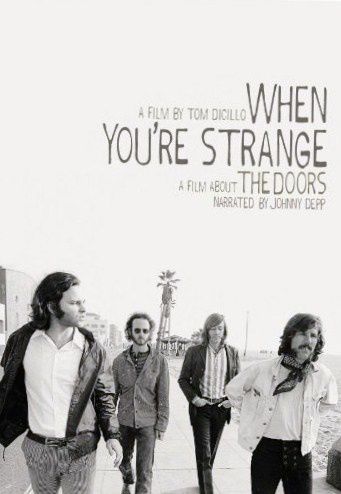 US Distribution: Rhino Entertainment and Abramorama.

Related Blog Posts: many, starting with The Land Of Fruits and Nuts and then jumping ahead to The Doors and running consecutively.

Making this film has occupied my life for over 2 years. I include it as one of my favorites, my most personal and one of those I am most proud of. I have written about it in detail on the blog so you can plunge in if you want.

To this day I am still in awe over the fact that I actually met John Densmore, Robby Krieger and Ray Manzarek, and that I made a film about the incredible musical force they were so integrally part of. I came to have a great respect for all of them, as musicians and as human beings. I could not be prouder that they so enthusiastically support the film.

As for the one I didn’t meet; I think I got to know Mr. Morrison just a little bit through making this film and feel permanently altered as a result. His commitment to artistic freedom was absolute.